Polio Eradication: The Case for International Cooperation in Global Health 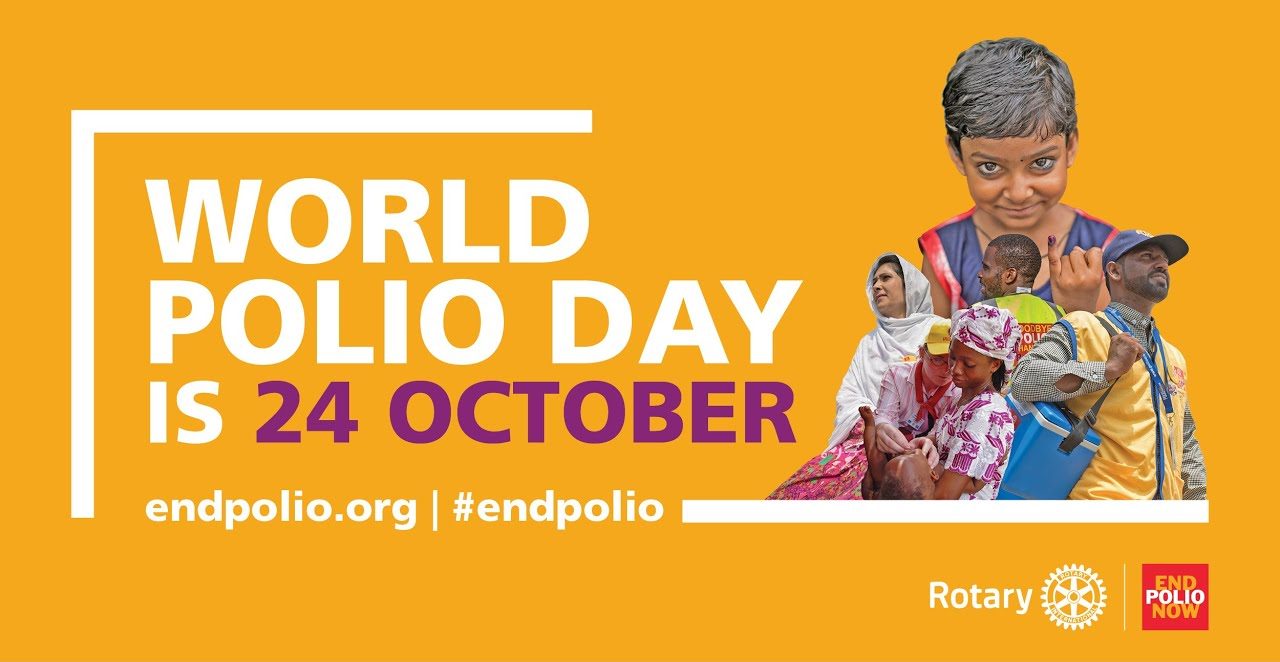 October 24th marks World Polio Day. Poliomyelitis, abbreviated as “polio”, is an acute infectious disease caused by the poliovirus. It can lead to paralysis and even death within mere hours. There is no specific cure for this disease, but it can be prevented by vaccination. In fact, thanks to the development of polio vaccines in the 1950s, wild poliovirus has been eradicated from all but two countries in the world: Afghanistan and Pakistan. Successful eradication of infectious diseases in humans has only been achieved once before — with smallpox in 1980 — which if achieved would make polio the second ever human disease to ever be eradicated.

At a time when COVID-19 vaccine candidates are being developed at unprecedented pace across the world amidst brimming nationalist sentiments, the history of polio vaccines and its eradication across most of the world offers timely reminders and insights for our world today. Crucially, the polio story presents a powerful case for international cooperation in global health.

By the early 1950s, research on polio vaccines in the United States was already in full swing. In 1955, the inactivated polio vaccine invented by Jonas Salk was approved for the market as the first polio vaccine. At the same time, the live attenuated polio vaccine based on mutant strains of polio virus developed by another scientist, Albert Sabin, had also entered the critical clinical trial stage. Though as Salk’s vaccine had already been widely used in the United States then, Sabin could not find enough unvaccinated children as trial participants.

At this time, polio was spreading in some other countries, including the Soviet Union, the US’s number one enemy at the time. Although the Soviet Union refused to recognize the threat of polio during Stalin’s administration, after Stalin’s death in 1953, the government began to pay attention to the domestic polio epidemic and directed researchers to seek solutions through international cooperation.

What happened next was very much unexpected: the American Sabin and his Soviet counterparts launched a transnational scientific research cooperation. Between 1956 and 1960, they worked to refine the oral vaccine and prove its effectiveness and safety. The eventual first mass production and use of oral poliovirus vaccine (OPV) from Sabin strains was in fact organized by Soviet scientist Mikhail Chumakov. Particularly in the context of the Cold War between the United States and the Soviet Union then, it was nothing short of a miracle that such cooperation could take place. And as Sabin’s oral vaccine was easier to transport and administer than Salk’s, and its effects lasted longer, the Sabin vaccine became the primary choice of polio vaccination both in the United States and across most of the world for subsequent decades. 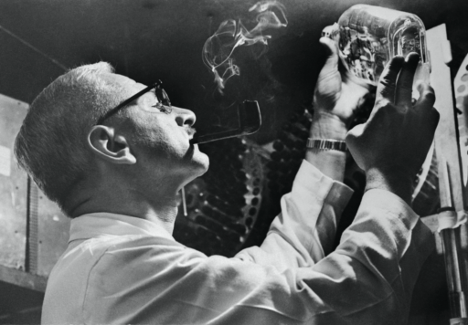 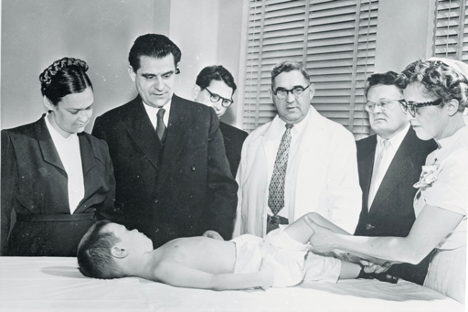 Singapore was in fact the first country to test Sabin’s vaccine, before trials even began in the Soviet Union. In 1958, a severe polio epidemic outbreak in Singapore had provided the impetus, alongside a report published by the World Health Organisation (WHO) that year, which supported initiating large-scale trials of the attenuated polio vaccine in the face of an emerging epidemic, and in a place where polio was endemic. Eleven weeks into the epidemic, the Singapore government decided to introduce the vaccine, with Sabin’s agreement on the condition that ‘adequate laboratory control could be assured’. Almost 200,000 children were vaccinated on a voluntary basis, and the results demonstrated the safety of the vaccine. Following further rollouts, the incidence of paralytic poliomyelitis subsequently declined from 74 cases in 1963 to just 5 cases of wild polio from 1971 to 1973, and finally none at all since 1978. 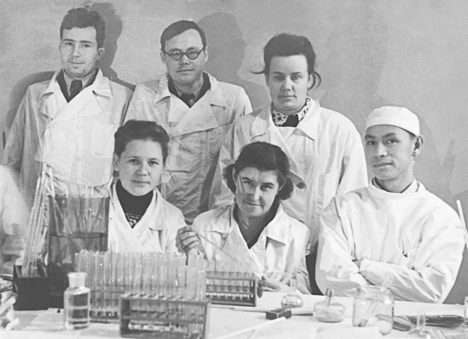 1952, Gu Fangzhou (first person on the right) and his fellow students at the Institute of Virology, Academy of Medical Sciences, USSR Source: The Paper 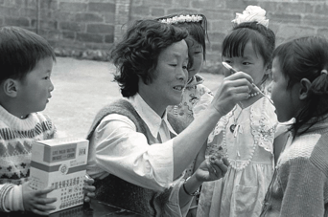 China’s polio story is very much headlined by Gu Fangzhou, a well-known medical scientist and virologist who passed away early last year. He remains known affectionately in China as the “grandfather” of the sugar pill polio vaccine — essentially the oral polio virus vaccine (OPV) coated in sugar.

In the same year Gu graduated from the USSR Academy of Medical Sciences (1955), a severe polio outbreak occurred in Nantong, Jiangsu. 1,680 people were suddenly paralyzed, most of them children, and 466 people died. The epidemic later spread to other large Chinese cities, shocking the nation.

Gu was originally studying the encephalitis virus, but soon after returning to China, he was redirected to focus on polio given the urgency. With the joint efforts of him and many scientific personnel and immunization workers, China overcame the domestic polio epidemic, obtaining the WHO’s polio-free certification in 2000.

Gu’s leadership and contributions were indeed instrumental, but it came not without crucial support from abroad. In fact, he was not the first to think of sugar-coating the live attenuated polio vaccine. According to the son of Chumakov, a Soviet scientist who worked closely with Sabin, in 1959 when he was seven, he was fed a “a sugar cube laced with weakened poliovirus” by his mother. That year, China had just determined the technical route of using the live attenuated polio vaccine under the advice of Gu and others. It was upon hearing that there was already a sugar pill vaccine abroad that Gu led technicians and scientists to develop it in China using Sabin’s strain of poliovirus, which was provided by Chumakov.

It is worth mentioning, also, that in order to make the vaccine available to the poorest countries, Sabin refused to patent the vaccine, and eventually donated the poliovirus strain he developed to the WHO in 1972 — essentially making it a global public good.

More recently, as part of efforts to prepare for the polio post-eradication era (including phased removal of oral polio vaccines (OPV) in routine immunization), the WHO with the support of the Gates Foundation has also been facilitating the development and international technology transfers of Sabin Inactivated Polio Vaccine (sIPV). In collaboration with the National Institute for Public Health and the Environment (RIVM) in the Netherlands, sIPV technology transfers have already commenced with Panacea Biotec, Ltd (India), LG Life Sciences (Korea), China National Biotec Group (CNBG), Serum Institute of India, Sinovac Biotech Ltd (China) and Laboratories de Biológicos y Reactivos de México (BIRMEX) in Mexico. These technology transfers will help to increase production capacity for the sIPV vaccines and boost public health systems to ensure more equitable access to vaccines.

How far we have come with polio is testament to the grave importance of international cooperation — of putting health security, safety and science above politics and profits. As we continue the charge towards full polio eradication worldwide, let us also bear these lessons in our ongoing battle against COVID-19.