While the COVID-19 pandemic has impacted many businesses worldwide, some thrived during this time of quarantine and boredom for many living in big cities. In the social media realm, one platform stood out — TikTok. With a population of users that has grown explosively in 2020, lesser known is TikTok’s origins. Founded by Chinese company ByteDance in 2016, Douyin was launched in China and quickly became a popular short video sharing platform soon after. In 2017, the international version of Douyin, TikTok, was launched outside mainland China, and was most recently merged with musical.ly following its acquisition to become the popular platform we know today.

In China, short video platforms have continued to soar in popularity, each boasting giant communities of diverse content creators and viewers, all obsessed with short video content that has been hugely popular in the country even prior to the COVID-19 pandemic. In 2018, China’s short video market revenues grew by 744% from 2017. In July 2019, the total users of short video products reached 820 million. And within the first month of the COVID-19 outbreak in China, there was an explosive growth of 28 million monthly active users of online videos in China.

The two dominant short video platforms in China are Douyin (founded in 2016) and Kuaishou (founded in 2012, Tencent and Alibaba-backed). Their success lies in their smart algorithm, which endlessly feeds users with content tailored to their likings. It is, therefore, of no surprise that addiction to such platforms is commonplace nowadays. However, with almost 66% of short video users aged between 19 to 35, these short video platforms present a unique opportunity to use this “addiction” for good. 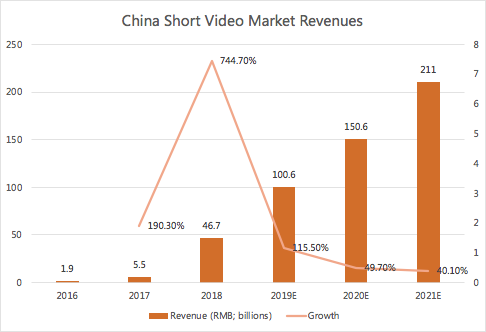 Given that majority of users are youths and young adults who have often been described as the most socially aware demographic, these platforms hold immense potential to be powerful forces of influence in driving awareness and action on global health, international development, and the UN Sustainable Development Goals. As a consultancy working to bridge China and the global development community, we started our journey producing short video content on a variety of global health and development issues last year. We have produced over 40 videos shared on more than ten short video platforms in China — some of which have gone on to be widely circulated on social media — and learnt a few tips along the way. Here are six simple steps we would like to share on how you could successfully harness the power of short videos to create social impact in China:

Short video platforms in China have different ways of keeping users glued. Take the two major platforms for example: Douyin and Kuaishou. Douyin, like TikTok, is renowned for its smart algorithm, which studies users’ preferences, while evaluating existing video statistics in terms of views, comments, and likes. It then recommends the most popular clips to users who might be interested in that content, based on the user’s past viewing activity. This feature enables anyone to rise to fame on the platform, allowing those with excellent skills and experience to become Key Opinion Leaders (KOLs).

In contrast, Kuaishou focuses on fostering an active community on its platform. KOLs make up only 30% of the total viewed content on the platform, while the other 70% of viewed content is generated by other general platform users. In other words, the community-based algorithm in Kuaishou mainly recommends videos created by the general population of users, rather than those from KOLs. In the case of Kuaishou, organisations must then take a different approach to increasing their short videos’ visibility.

Lightening the mood of an information-heavy video with comedy and creative storytelling is an important way to sustain the attention of viewers for longer periods and improve engagement. Providing refreshing content will help one stand out amidst the lull of monotonous informative videos.

For instance, Baoding Television launched their Douyin account Heart Story in February 2020 and has posted over 1,600 videos documenting stories of individuals amidst the COVID-19 pandemic (think Humans of New York), garnering over three million followers and 40 million likes. Their most viewed short video garnered over seven million views and 340,000 comments, and covers the story of a girl who spent 31 days in a Wuhan hospital with her grandmother before her grandmother died from the COVID-19 virus. The video contains scenes from Huoshenshan hospital (the emergency field hospital built within 11 days during the COVID-19 outbreak) and Fangcang shelter hospitals. In the video’s comments section, viewers recounted how touched and encouraged they were by the frontline workers’ efforts shown in the video amidst the pandemic. 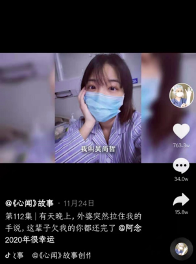 Besides purely focusing on informative content, Heart Story’s videos creatively used storytelling, characters, and other ways to deliver their message. Through the use of creative videos, they have successfully created a community of followers who discuss their opinions and thoughts fervently in the comments section.

Beyond creativity, adding a personal touch using storytelling has also proven to improve delivery success. Various KOLs on short video platforms have successfully harnessed the power of storytelling to create social impact, and one example is Alex, a female online content creator of short videos (@ Alex绝对是个妞儿). 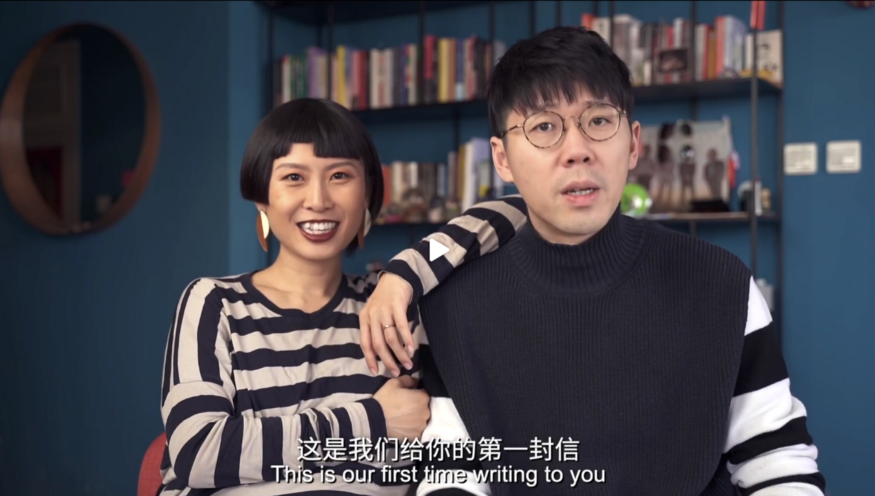 With over 510,000 followers on Weibo, Alex rose to fame with her videos on parenting and women’s rights. In early 2020, Alex uploaded a short video with her husband onto Weibo, Douyin, WeChat and many other social media platforms, discussing Bill and Melinda Gates’ then recent annual letter, which attracted over 2.47 million views on Weibo alone. The young couple brought in their personal story about their worries for their to-be-born baby, discussing gender equality, global health and social good, which were the annual letter’s key topics. Many viewers were deeply impacted by their personal story and shared how they felt inspired to create social impact for future generations.

4. Build a community of KOLs

KOLs are key to amplifying social media impact. A pool of KOLs to collaborate with will be useful in broadening your short video’s outreach. As different KOLs have distinct following communities, finding suitable KOLs is crucial to reaching the right audience. One key thing to remember: your content should be aligned with the KOL’s expertise. For instance, a collaboration with a fashion KOL for digital product testing would be unfeasible.

In August 2020, Bridge made a short video about the COVID-19 vaccine and the Serum Institute of India as part of our global health promotion initiative. We explored the story of the family behind the world’s largest vaccine manufacturer and how they had helped to distribute vaccines worldwide. After launching the video, several KOLs reposted it, including Gu Zhongyi (registered nutritionist) and Laiquzhijian (Weibo CEO). Since their followers are more likely be interested in such topics, with their reposts, the video garnered over 300,000 views in a very short time.

Collaborating with KOLs, especially those who have a consistent voice in a particular field, is a promising way to amplify the impact of an organization’s message. As such, it is vital to build a community of KOLs who can amplify your short video’s reach. 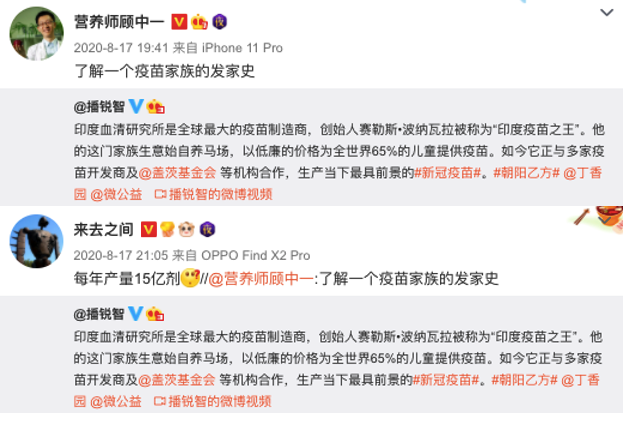 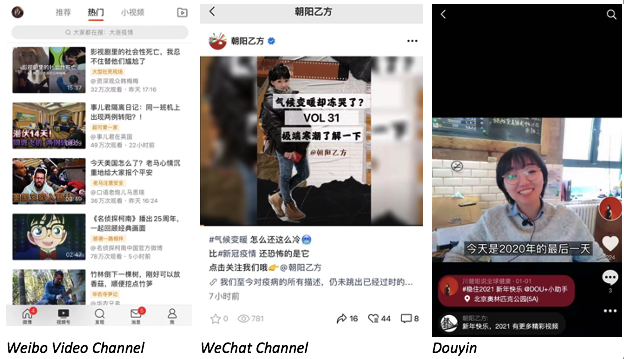 We published our videos on multiple platforms, including Weibo, WeChat Channel, and Douyin

Since many users often frequent multiple social media platforms, by posting your short video on various platforms, users will view your video more often. Increasing your video’s online visibility and your online presence will help guarantee success in creating impact.

Since many users often frequent multiple social media platforms, by posting your short video on various platforms, users will view your video more often. Increasing your video’s online visibility and your online presence will help guarantee success in creating impact.

The work continues after launching your first short video. Consistent posting and interaction with followers and the community of KOLs are key to growing your follower base. Boosting interaction on your account will in turn boost your online presence and increase chances of being recommended by the algorithm-driven platforms. On this front, both Douyin and Kuaishou made a series of videos to guide users on how to produce appropriate content and to increase followers on their respective platforms. 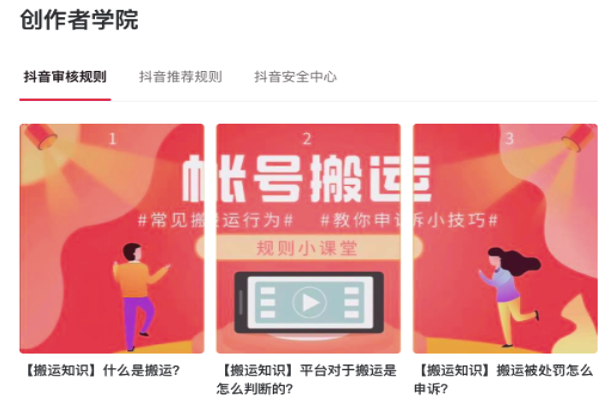 It is worth noting that many short video platforms in China have placed significant emphasis on creating positive social impact with their content. Both Douyin and Kuaishou have dedicated notable efforts to their social impact initiatives based on the demographics of their platforms.

Douyin focuses on cultural preservation, popular science, and environmental protection. Douyin has worked closely with professionals in these areas to produce high-quality short videos, and at the same time, attract new influencers to expand their outreach in these areas.

On the other hand, given the demographics of its users, Kuaishou focuses on education and poverty alleviation as part of their social efforts. Kuaishou in Action, the official account for Kuaishou’s social good efforts, consistently posts educational and promotional contents for these social causes.

An increasing number of international organizations have also launched accounts on these platforms. Not all have been successful, but those who have produced tailored content — especially by incorporating popular Chinese elements or slangs — for their short video accounts, such as the World Economic Forum, World Wildlife Fund, and Greenpeace, have been noticeably better able to gain traction among the Chinese audience. This is in contrast to those who have merely republished their existing content on their English-language channels. 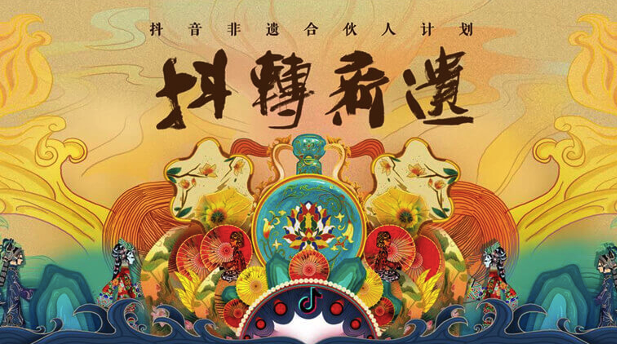 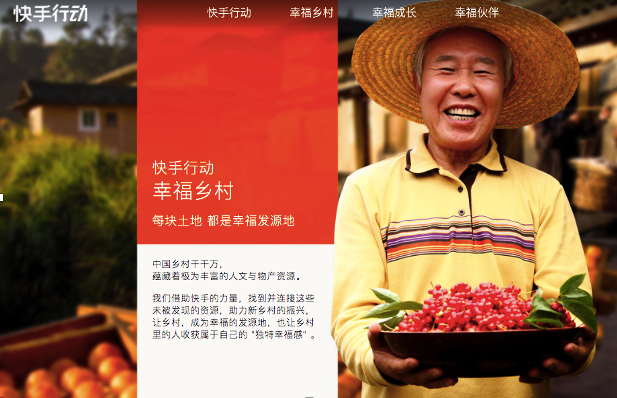 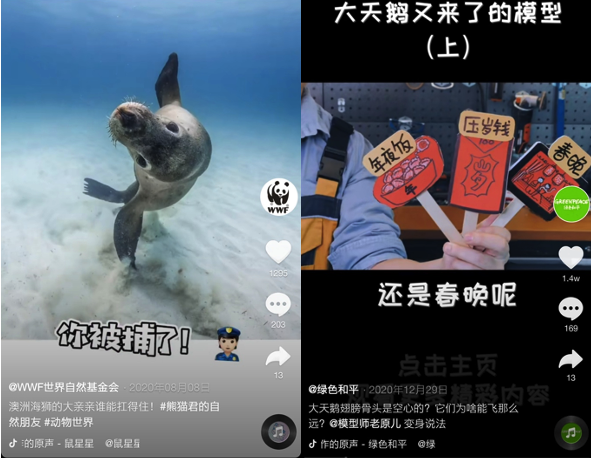 Two noteworthy examples of international social organizations who have successfully leveraged short-video platforms to engage the Chinese population include:

All participants had to upload a short video about their experiences with second-hand smoking. In return, the short video with the most engagement would be rewarded with cash and other prizes. The campaign was well received and generated over 190 million views. Participants included celebrities, pharmaceutical companies, social entrepreneurs, and the general public. Pledge to Quit Campaign on Douyin

A global citizen and public health communicator, Xulei is a senior associate at Bridge Consulting. Find Xulei on LinkedIn.