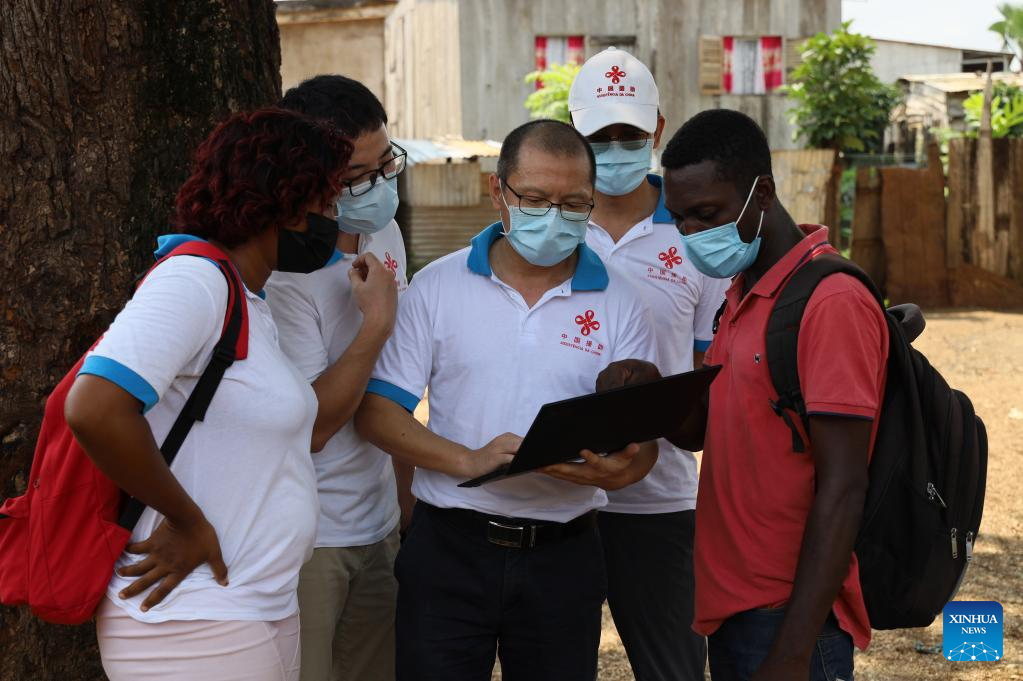 This article will explore:

Today is World Mosquito Day, a global commemoration of British medical doctor Sir Ronald Ross’ 1897 discovery that Anopheles mosquitoes cause the transmission of malaria to humans. This discovery has formed the base of the world’s decade-long efforts in fighting malaria – one of the most life-threatening infectious diseases in the world. Though there are still an estimated 241 million malaria cases worldwide, thanks to innovations from all sectors against this mosquito-borne parasite, malaria has proven preventable, curable, and ultimately eradicable.

China’s particular success story in eliminating malaria can prompt optimism in other developing countries. While intergovernmental and multilateral efforts are commonly known to provide support for malaria-affected countries, the contributions of pharmaceutical enterprises – particularly Chinese pharmaceutical enterprises – in eliminating malaria are underutilized. As their influence increases, the road to eradicating malaria around the world will accelerate.

In the 1940s, China had over 30 million malaria cases. The disease was rampant in the south, close to other hotspots across mainland Southeast Asia. Over the last two decades, China ramped up its efforts and reduced the number of cases in the 1990s to just 5,000 annually by providing staff training, laboratory equipment, antimalarial medicines, and introducing new methods to control mosquito propagation. In 2010, the Chinese government launched a new malaria elimination program to achieve country-wide elimination by 2020. A key element of their effort was pioneering a method known as the “1-3-7” strategy.

The “1-3-7” referring to reporting malaria cases within one day, confirming and investigating within three days, and implementing the appropriate public health response to prevent further transmission within seven days. On 30th June 2021, the World Health Organization (WHO) certified that China was officially malaria-free.

With this success in hand, China has accumulated decades of valuable experience in malaria elimination and has sought to establish health cooperation partnerships with other developing countries, including in Africa, to assist in their malaria elimination campaigns. 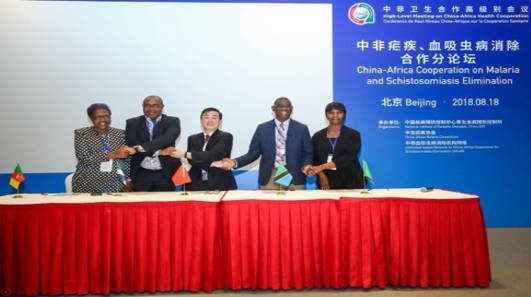 Signing of an MoU on the establishment of a network of malaria elimination between China and African countries (18th August 2018) | Source: China CDC

Since the inception of bilateral and multilateral frameworks such as the Forum on China-Africa Cooperation (FOCAC) and South-South Cooperation, China has expanded its health cooperation to include projects for malaria and other neglected tropical diseases (NTDs). Through trainings in China and Africa, where Chinese experts are often deployed, African medical workers have benefitted from knowledge and expertise sharing to boost their understanding of malaria control and treatment interventions. China has also helped African countries develop monitoring systems, provide antimalarial drugs, insecticidal nets, and other medical support.

African countries have benefitted from customizing China’s 1-3-7 strategy to local conditions. From 2016-2018, China helped Tanzania by adapting its strategy to 1-7 taking into account the country’s unique features. This resulted in an 80% reduction in malaria cases in a high-burden district. The 1-3-7 Chinese model of fighting malaria is also being implemented in other African countries, including Burkina Faso, Senegal, and Zambia.

Beyond the 1-3-7 strategy, Chinese experts have developed other novel solutions that are being applied in Africa. In Sao Tome and Principe, a Chinese expert team devised a strategy of mass drug administration (MDA), whereby residents simultaneously took Artequick (a Chinese-developed drug made of artemisinin, piperaquine, and a small dose of primaquine) to flush out malaria parasites. Malaria incidence dropped from 60% to 3% in the towns near the capital Sao Tome under the MDA pilot project. This groundbreaking strategy has also proved effective in Comoros and other African countries.

In parallel with bilateral cooperation efforts, Chinese pharmaceutical enterprises have increased R&D, production, and supply of antimalaria drugs and equipment, as well as the provision of personnel training and other technical support to Africa’s public health systems. Below are several examples of such developments that have helped to bring a positive impact on global malaria efforts: 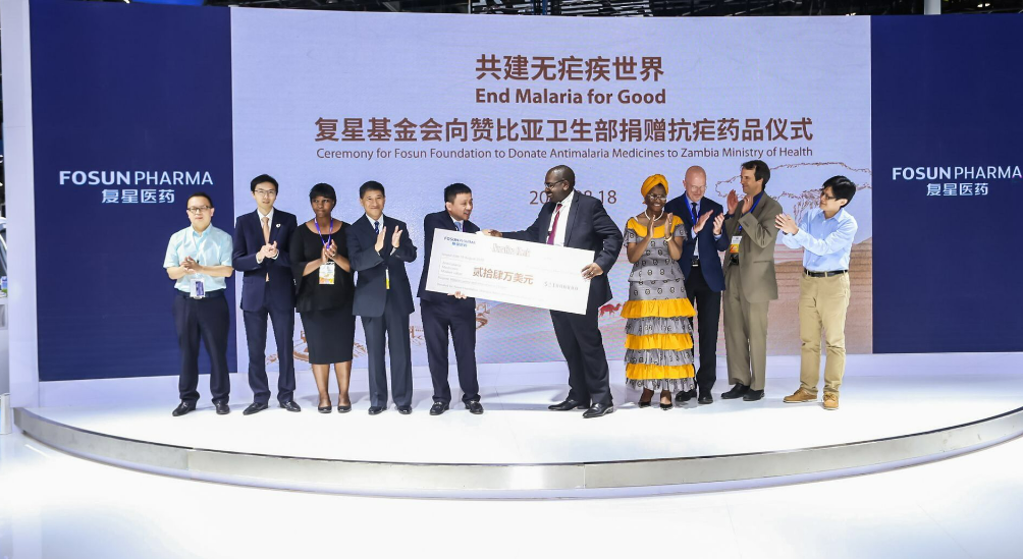 On August 18, 2018, during the high-level conference on China-Africa Health Cooperation and the Third Beijing Health Conference, Fosun Pharma donated artemisinin antimalarial drugs worth USD 240,000 to the Ministry of Health of Zambia | Source: 中国网

How can Chinese pharmaceutical enterprises increase their roles in global malaria efforts?

While Chinese pharmaceutical enterprises’ role in combatting malaria in Africa has increased, challenges remain. The two most significant gaps include:

1. A huge potential for more Chinese products to be WHO prequalified

Although China has proved its ability to produce high-quality and low-cost health intervention tools on a large scale, only a select number of Chinese pharmaceuticals have passed WHO prequalification and obtained access to the UN and other multilaterals organization’s procurement list.

For example, although Chinese scientists successfully developed finished artemisinin products,  only 3% to 5% of the global market supply is made in China. For comparison, in 2009 alone, Indian pharmaceuticals managed to take more than 15 million people’s worth of market shares of the Coartem drug from Novartis through the production of prequalified generics.

The number of prequalified products made in China also needs to be improved in the field of rapid detection reagents, mosquito nets, and other products. The Bill & Melinda Gates Foundation (BMGF) is attempting to play a more influential role in helping Chinese medical products pass the WHO prequalification. A BMGF program officer told the media last June that the foundation was supporting seven antimalarial products from five Chinese enterprises to pass WHO prequalification by 2024.

In contrast, Eisai, a Japanese pharmaceutical company with similar sales volume to China’s top pharmaceuticals, was able to participate in the Kigali Summit actively. On top of this, the company aligned its vision with the London Declaration and provided high-quality diethylcarbamazine (DEC) free of charge for lymphatic filariasis elimination campaigns worldwide.

Announcement of the London Declaration. Participants include Margaret Chan, former WHO Director-General, Bill Gates, Co-Chairman of the Gates Foundation, and Haruo Naito, President, and CEO of Eisai | Source: Eisai

The ability of companies to participate in and provide expertise on key health issues is instrumental in gaining access to higher-level resources at a relatively low cost, building a positive international image, and creating more favorable conditions for their products to enter a broader market.

Chinese pharmaceutical enterprises, especially those that have carried out medical and health cooperation in Africa, must broaden their international horizons and actively seek collaboration with multilateral organizations or frameworks, such as the Global Fund and the Uniting to Combat NTDs.

Simultaneously, the Chinese government can help to raise awareness and facilitate further cooperation between the private sector, international organizations, civil society organizations, think tanks, and the media on how to leverage the potential of Chinese pharmaceutical enterprises in anti-malaria initiatives. Doing so will present improved opportunities to achieve China’s global health ambitions and – for this specific issue of high concern – to afford other developing countries with increased tools, drugs, and expertise so that they also can have a malaria-free success story to tell.

Shen Li is the Associate Director for press relations and communication at Bridge. With her 10 plus years of working experience in state-owned media, Shen Li is keen to help clients enhance their influence on social media with customized and innovative communication strategies.

Alex Henderson is a Senior Associate at Bridge. He has 9 years of experience in foreign affairs and international cooperation. He is passionate about enhancing positive relations and collaboration between stakeholders that seek to bring positive change into the world. Find Alex on LinkedIn.

History and prospects of maternal health in an aging China